Villa Paradiso helps clients with a wide range of addictions and other psychological or psychosocial conditions. The team uses a flexible approach to rehabilitation that is adapted to each and every client’s personal situation and requirements. Villa Paradiso has achieved a great deal of success with treatments.

For more specific information about the definition and characteristics of these conditions and any other related conditions please refer to our treatment pages. For details about the most effective addiction treatments available in Spain today, get in touch with us and we will be happy to provide free advice with no obligation. 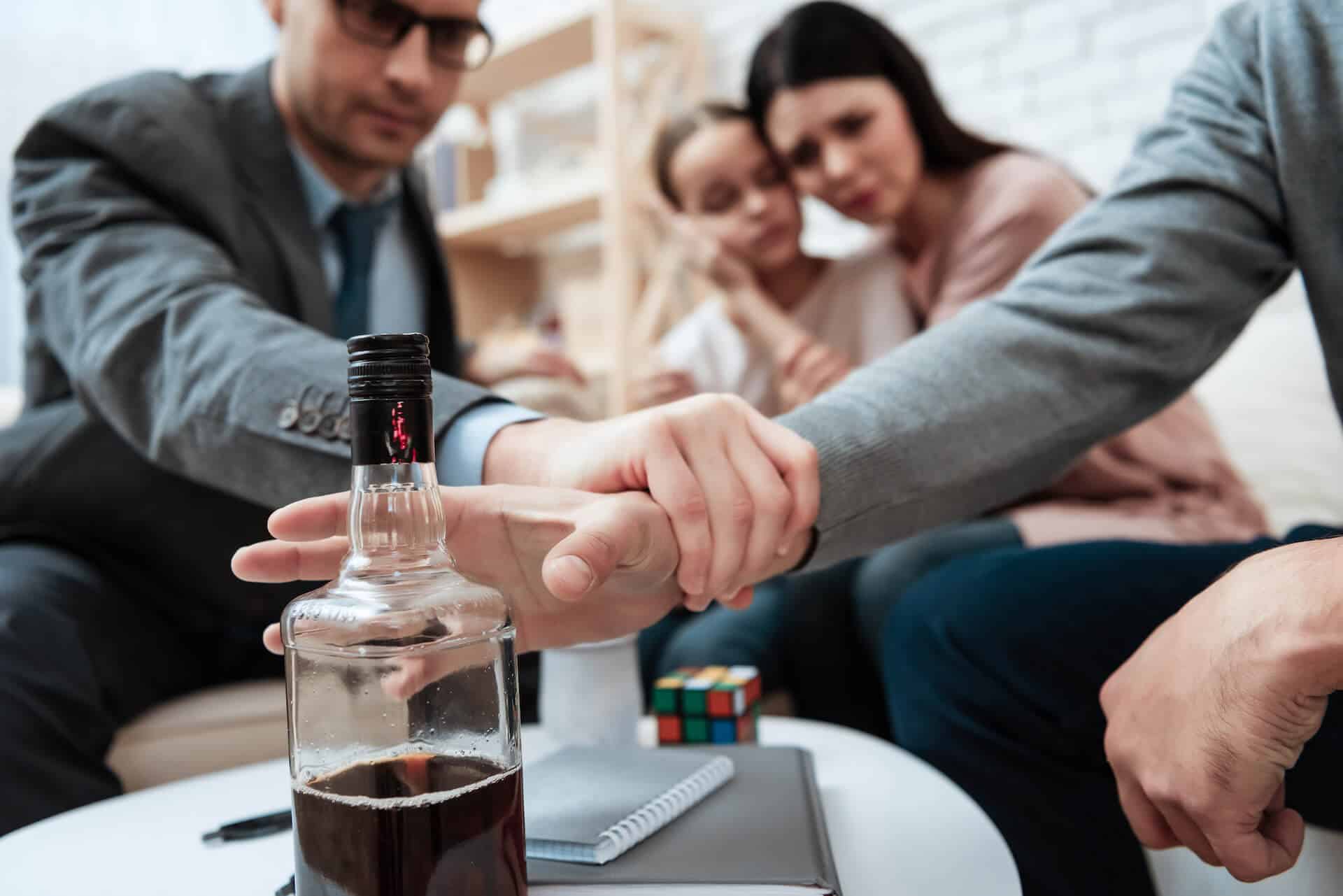 Alcoholism is the most serious form of problem drinking and describes a strong, often uncontrollable, desire to drink. Sufferers of alcoholism will often place drinking above all other obligations, including work and family, and may build up a physical tolerance or experience withdrawal symptoms if they stop.

Alcoholism is sometimes known as alcohol addiction or alcohol dependence. It’s slightly different to ‘harmful drinking’ which is an occasional pattern of drinking which can cause damage to your health.

To be diagnosed as an alcohol-dependent person, three of the following (DSM 5) criterion need to be fulfilled;

Drug addiction is a chronic disease characterised by compulsive, or uncontrollable, drug seeking and use despite harmful consequences and changes in the brain, which can be long-lasting. These changes in the brain can lead to the harmful behaviours seen in people who use drugs. Drug addiction is also a relapsing disease. Relapse is the return to drug use after an attempt to stop.

The path to drug addiction begins with the voluntary act of taking drugs. But over time, a person’s ability to choose not to do so becomes compromised. Seeking and taking the drug becomes compulsive. This is mostly due to the effects of long-term drug exposure on brain function. Addiction affects parts of the brain involved in reward and motivation, learning and memory, and control over behaviour. 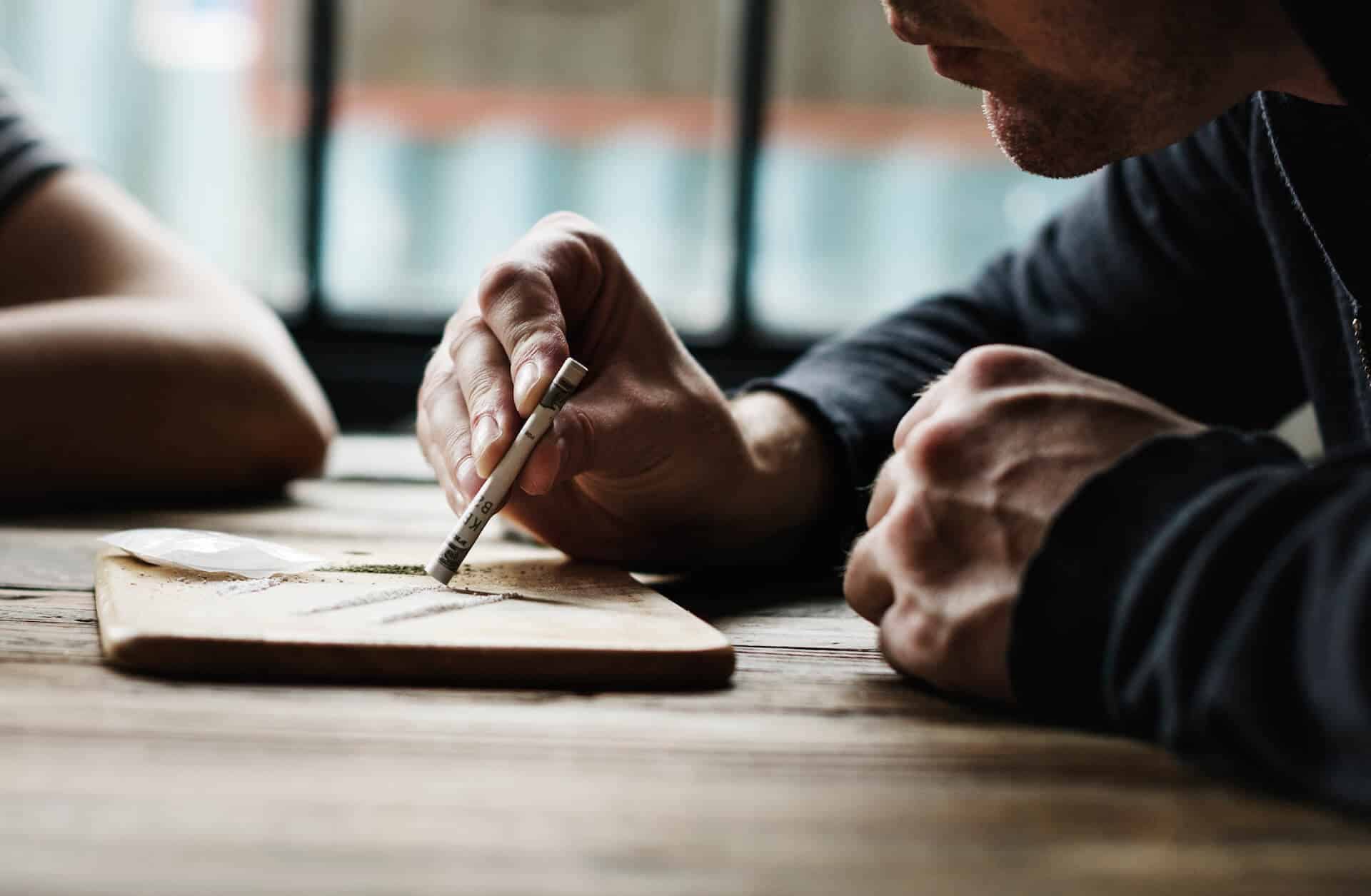 Addiction is a disease that affects both the brain and behaviour. Some of the drugs and substances which commonly are treated for are;

Heavy cannabis consumption can lead to addiction. Amongst the side-effects are changes in sleeping patterns, lethargy, irritable behaviour, paranoia and distortions in the brain’s emotional centre. In addition, studies have linked cannabis to increase the susceptibility to psychotic behaviour and depression.

Cocaine is a powerful and addictive stimulant that is obtained by from coca leaves from the Andean mountains of South America. Although it has medical uses as an anaesthetic, cocaine is mostly used illegally for the extreme form of euphoria that it induces.

Cocaine abuse can severely damage the blood vessels, kidneys and increases the risk of a heart attack or brain seizure. It can cause severe stomach pains and a loss of appetite. Psychologically, it can lead to anxiety, paranoia, irritability and insomnia.

Heroin is a drug synthesised from morphine and is one of the most addictive illicit substances available.

While in some countries heroin is prescribed as an analgesic, it is generally sold illegally and often mixed with, or “cut”, with sugar, powdered milk or even poisons such as strychnine. Because heroin users do not know the actual strength of the drug, or its true contents, they constantly run the risk of an overdose. Heroin can also diminish the amount of oxygen that reaches the brain, a condition known as Hypoxia. An overdose can lead to heavy breathing, muscle spasms, convulsions and even death.

Research with ketamine shows that repeated administration of ketamine can damage the brain. Ketamine belongs to a group of drugs (arylcyclohexylamines) of which (in a number of cases) it is becoming increasingly clear that these drugs, when used frequently, can cause high doses of brain damage. These substances could be neurotoxic (toxic to the brain).

The abbreviation GHB stands for Gamma Hydroxyde Butyric Acid. Someone addicted to GHB uses GHB several times a day. There’s a couple of hours in between. If you are a GHB addict, you sleep badly. You wake up at night because your body needs a new dose of GHB. GHB is very addictive; users can become addicted in a short period of time and many addicts do not even realise they are addicted for a long time.

If you use GHB on a daily basis, suddenly stopping is dangerous and also rehabilitation is very difficult.GHB withdrawal is not without risk. The withdrawal symptoms can be very severe and even life-threatening. We strongly advise you to stop using GHB under medical supervision, as this reduces the risk of relapse. 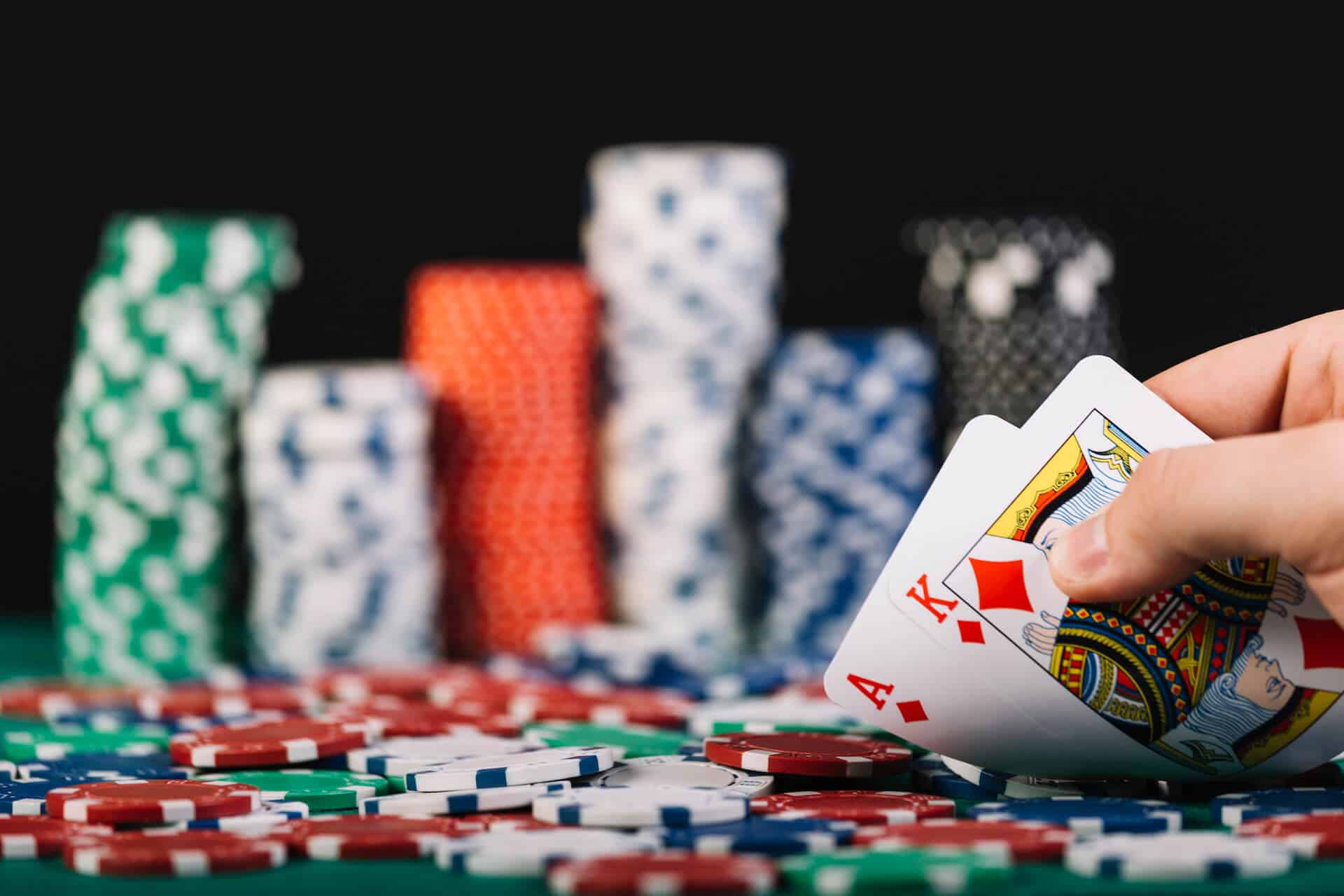 Gambling addicts, or compulsive gamblers, have a constant craving that is similar to a cocaine addiction. They tend to get reckless with their finances, and with their relationships, are usually in denial and often lie to those around them.

The internet and smartphones have made gambling much more accessible and the result is that this type of addiction is increasing fast. Unfortunately, there is a general lack of public awareness about this problem.

Do you know someone who is worrying you by exhibiting a possible addiction to gambling? Try asking yourself the following questions. 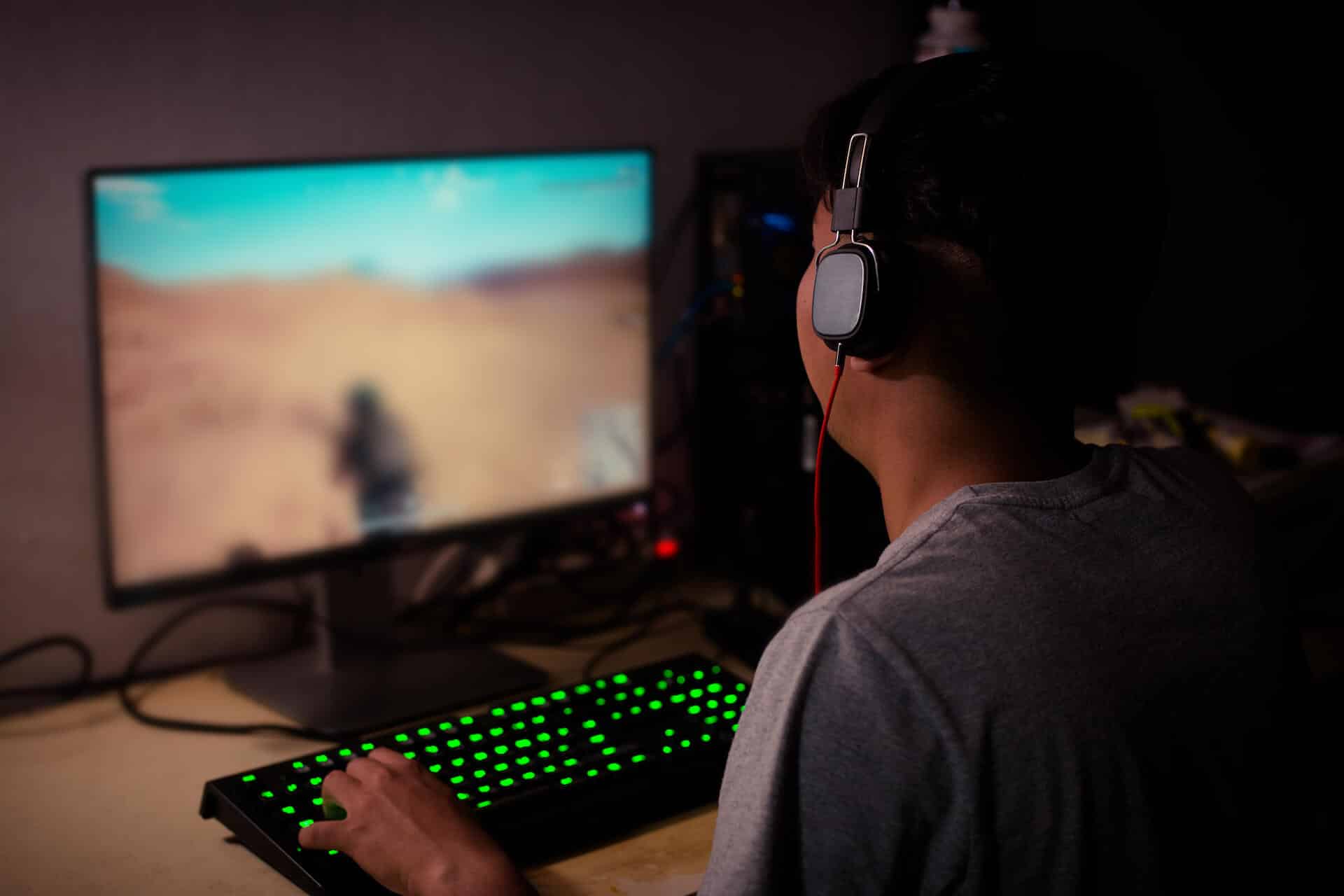 Gaming addiction is often accompanied by various symptoms with physical and psychological characteristics. All symptoms are just as bad as with any other addiction.

Gaming addiction is often accompanied by various symptoms with physical and psychological characteristics. All symptoms are just as bad as with any other addiction. 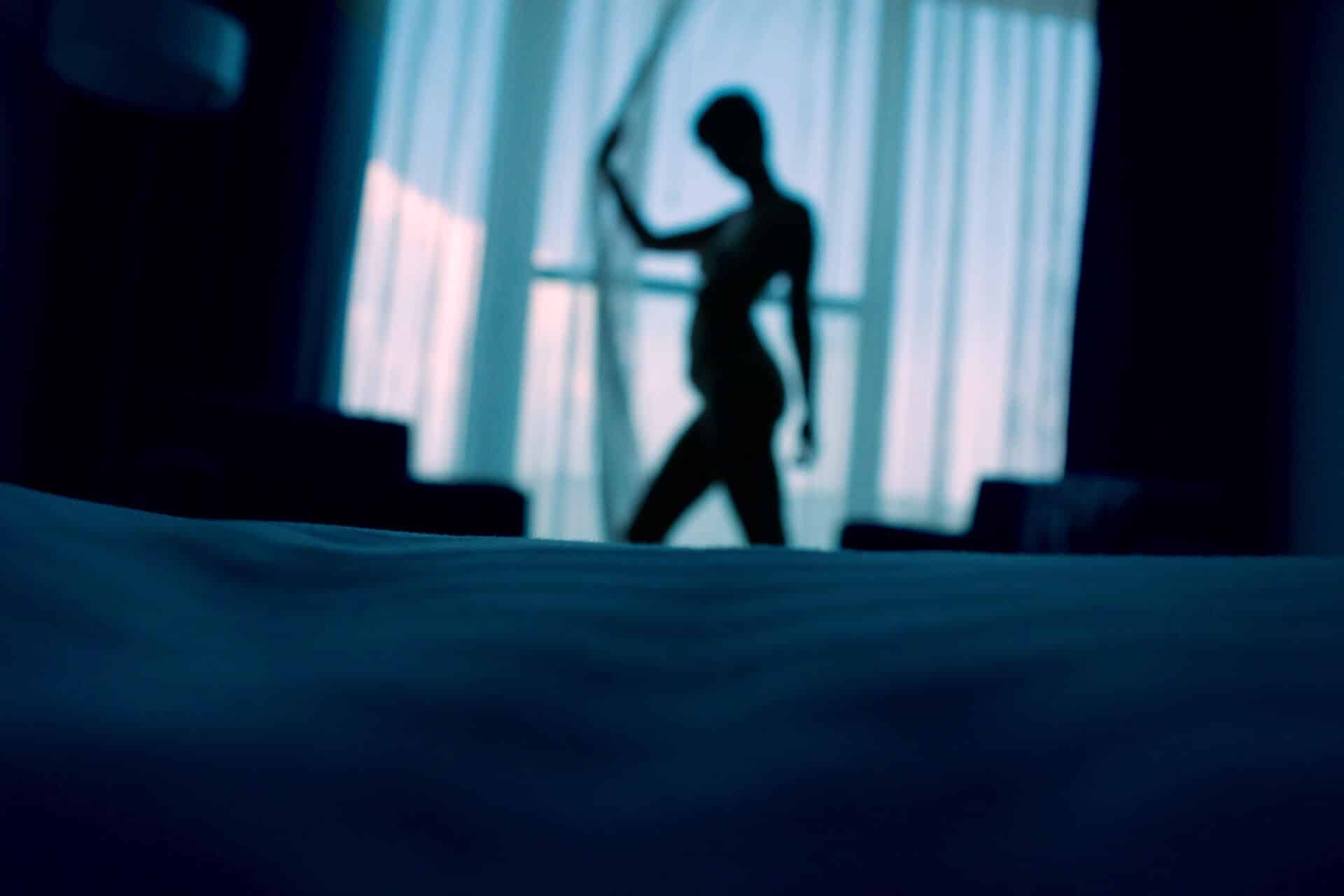 Sex Addiction is a compulsive sexual disorder which can manifest itself in many ways. Because of psychological triggers such as stress, anxiety or depression, people with sex addiction are driven to risky sexual behaviour.

Sex addiction can have serious social consequences as well as on both mental and physical health. Risky and compulsive sexual behaviour can result in venereal diseases, sexual dysfunction and the loss of normal relationships and healthy family life.

What is Sexual Addiction?

How much sex or the type of sex does not define sexual addiction. Sexual addiction is used to describe how it feels to be in grips of sexual behaviours and thought that is difficult to stop. Sex is used as a drug to manage, often unconsciously, painful emotions and beliefs about oneself.

Sexual addiction may have been set up in our younger years. It might have been in response to the stressors of growing up, including meeting family and social expectations. Alternately, it might be related to sexual, emotional, physical or spiritual abuse. Extraordinary events and environments beyond the individual or family’s control may have contributed to this addictive pattern.

Is it possible that you or someone you love is addicted to prescription drugs? Most of us take prescription drugs only for the reason the doctor intended. Nevertheless, an estimated 48 million people (aged 12 and older), according to the National Institute on Drug Abuse, have used prescription drugs for nonmedical reasons in their lifetime. That figure represents approximately 20% of the U.S. population.

In recent years, there has been a dramatic increase in prescription drug misuse or abuse. This increase has led to a corresponding increase in ER visits because of accidental overdoses as well as admissions to drug treatment programs for drug addictions.

More and more people are addicted to oxycodone and are looking for treatment in addiction care.

Oxycodone is also called ‘the new heroin’. Oxycodone slows down people’s breathing. With an overdose, breathing can become so slow that someone passes out or falls into a coma. Someone may even die from it. If you are experiencing problems with the use of oxycodone? We advise you to get in touch with our specialists immediately!

What Is a Drug Addiction?

Addiction is a chronic, often relapsing brain disease. It causes compulsive drug seeking and use, despite harmful consequences to the addicted person as well as the people around that person. The abuse of drugs — even prescription drugs — leads to changes in the structure and function of the brain.

For most people, the initial decision to take prescription drugs is voluntary. Over a period of time, however, changes in the brain caused by repeated drug abuse affect a person’s self-control and ability to make sound decisions. While this is going on, the person continues to experience intense impulses to take more drugs.

For more specific information about the most effective addiction treatments available in Spain today, please make contact with our office or use our contact form. We will be happy to provide free advice and costs with no obligation.